The concept of celebrity changes depending on the context. Most people I think would classify a celebrity as someone that everyone else has heard of or knows about. Maybe someone you can recognize in a picture. But in my travels I know of plenty of celebrities on either side of the pond that are household names where they come from and virtually unknown in the other country. 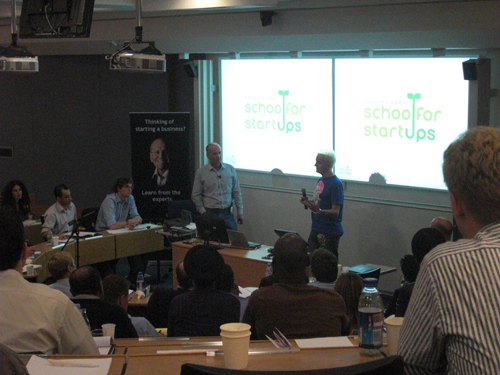 Myself, Doug and the audience of 150 discussed their companies and how affiliate marketing might work for them. It was a time for quick thinking and straight answers. It was great being part of quality learning and conversation in the startup business world. Does that make me a celebrity blogger?

And if I am able to see other blog posts about me in other blogs that I respect and read like AdRants and FeedFront, does the publicity alone make me a celebrity blogger?

Perhaps in the social media sphere, where community, conversation and connection is everything, the concept of celebrity doesn’t apply. Or maybe it is the way we all take the word celebrity, with the dose of self-importance. I looked up a few words to see how Dictionary.com would classify a celebrity blogger.

According to them, celebrity is defined as, “1. a famous or well-known person.”

But famous? Again, I looked it up. Famous is defined as, “having a widespread reputation, usually of a favorable nature.”

And, I would say I have a widespread reputation of a favorable nature.