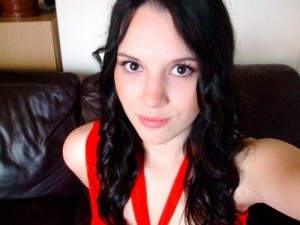 Tell me about your Blog?

I set up www.VikkiChowney.com to act as a hub for all of my online content. I was contributing to a number of blogs and I was proud of all of my work, so I set it up to be a single point of contact for everything I wrote, filmed or was involved with,

What was your first blog?

I first starting writing for BitchBuzz when in launched in August of last year. I approached Cate (Sevilla, the founding Editor) and pitched myself as a Technology writer. I’ve been posting a column once a week ever since, covering new trends, gadget reviews, events and industry analysis.

What is the biggest tip you would give to a newbie blogger?

Be disciplined, but don’t limit yourself. Because I have a lot of commitments, I need to block out time to write. It doesn’t always work out, but it means that I always have this week’s column in the back of my head, or I’m thinking about what I’m going to be writing ahead of time. That said, if you have a burning idea, get it down, even if just in bullet points.

What do advertisers do that you wish they wouldn’t?

Send me PDF’s of promotional material, then ignore me when I reply to ask for more information.

What do bloggers do that you wish they wouldn’t?

Moan. It’s nothing out of the ordinary and everyone does it, but having an open platform to write whatever you want means that you get an awful lot of ranty, completely unconstructive material being produced.

Where do you see growth in the blogging field?

Micro video and audio content. The introduction of 12 seconds and Audioboo makes it incredibly easy to record, and easy to publish.

What new ideas are advertisers coming up with to take advantage of new trends?

The smart ones are inviting people to contribute to campaigns by talking to them in the places they converse naturally. For instance, setting up a group on Flickr for people to upload photos to, rather than building a whole new website for people to visit.

What do you do to improve the world?

Wow, that’s a big question. I think I’d introduce a little more patience. I’m sure that frustration and the need for immediacy is where half of our problems stem from.

What do you do that is green?

I’ve just hosted a Swishing party on behalf of Global Cool (http://www.vikkichowney.com/2009/4/swish_for_global_cool_its_time_to_party), which aimed to reduce the chunks of carbon that individuals produce by getting people to swap clothes, rather than throw them away. I’m a big fan of their approach; practical rather than handing over money alone. I’m also helping to create a Green Tech section for theGINlady.com (Green Independent Natural), so I’m playing with a lot of energy-reducing gadgets and toys at the moment. I also don’t own a car, so commute everywhere and do the usual paper/plastic/tin recycling.

What is one thing about you that not many people know?

Hardly anyone, not even my best friends, realise that I represented England at several Karate competitions and came only a whisper away from taking it up professionally.

What is on your iPod?

A little bit of everything, but it’s no secret that I love electro and break beat. I was raised on classic rock like Hendrix and The Kinks so there’s that, and some new rock like Kings of Leon and Muse.

What events do you go to?

I go to Tuttle (the Social Media Cafe) most Friday mornings, as well as a selection of networking groups when they’re relevant (like Mobile Geeks of London etc.). The same goes for conferences. For instance, I’ve just launched The Really Mobile Project, so I’ll be off to Carsonified’s Future of Mobile this year again.

How do you prefer to communicate?

In person first and foremost, but then a mixture of Twitter for immediacy and email for anything with more detail.

Who would you recommend, and why?

That depends on for what surely?

What is one thing people can do for you?

Continue to challenge me 🙂