Famous People on hi5 and Celebrities on hi5

hi5 is dying, Twitter and to a certain extend Facebook have been hyped by celebrities and the media. Sure they have become the medium for mass fan communication, those social networks have caught the social media biz. But there is more to social media than hype. But what is happening to hi5, its alexa stats show it is slowly dying. 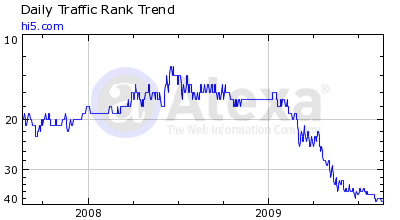 Sure there are only so many social networks you can be on at once. Is it just that they need more famous people and celebrities? Please tell me is is not that simple? Are hi5 missing the PR hype surrounding Twitter and Facebook? Or is it that they were designed around the Myspace model which is now out of date?

2 comments on “Famous People on hi5 and Celebrities on hi5”