As the 2012 London Olympics Opening Ceremonies approach, it is increasingly evident that these Olympic Games will be the most social thus far. Facebook for example is trying to become the one-stop shop for fans looking for information about the Olympics with its launch of a new hub with links to athletes, teams and sports participating in the games.

Facebook teamed up with the International Olympic Committee for this new “Social Media Stadium” where Facebook users can easily find fan pages for their favorite teams and athletes such as Michael Phelps, Hope Solo, and others. The Olympic Games page already has 2.8 million fans.

In this episode of the Future of engagement, Murray Newlands takes a look at Facebook’s launch of this hub for the 2012 Olympics in London starting next month and talks about what you can learn from Facebook’s example for your brand. 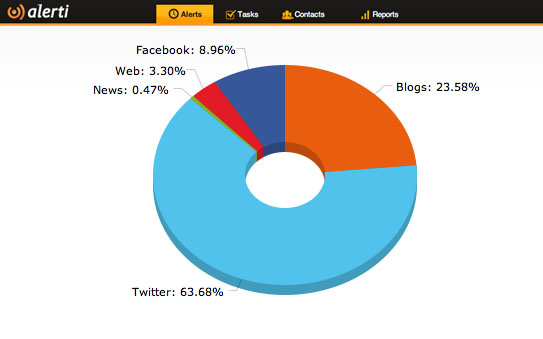 The social media monitoring tool Alerti was used to make the graph above. It is evident through the information above that most of the conversation about Facebook’s launch of the Olympics Hub has been over Twitter and blogs. Alerti is a great tool for bloggers since it lets them see what people are saying on certain topics through different social media platforms

If you are interested in doing social media monitoring for yourself, click on the white paper below.