The social media and marketing company Buddy Media has just signed a multi-million dollar deal with Salesforce and is now set to become a part of the cloud computing and CRM company. The deal will close later this summer, however the conversation surrounding the sale is more about a personal response video created by Buddy Media’s CEO Michael Lazerow two hours after signing with Salesforce.

In the video Lazerow sits silent behind his ipad as he scrolls through a series of text slides that describe his emotional response to the sale of Buddy Media. He shares his life-long struggle with heart problems, how they have helped him to be fearless, and how happy he is with his accomplishments and the sale. The conversation that has started as a result of Lazerow’s video has largely been positive with people feeling “moved” and “inspired” and re-sharing the video mainly through Twitter and Blogs.

In this episode of the Future of Engagement Murray Newlands discusses Lazerow’s video in detail, and what you can take away from Lazerow’s actions following the sale of Buddy Media. 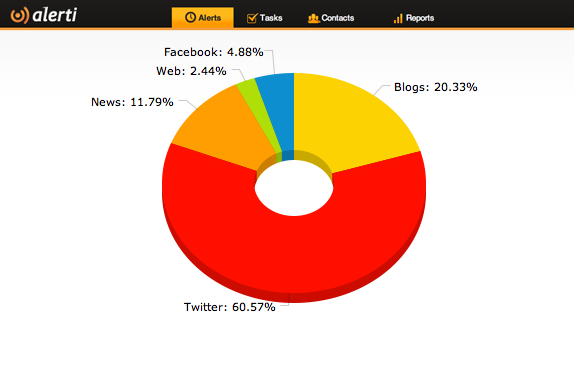 Using the social media monitoring tool Alerti, you can see the majority of commentary on Buddy Media CEO Michael Lazerow’s video has been over Twitter and blogs. Alerti is a great tool for bloggers since it lets them see what people are saying on certain topics through different social media platforms

Get Alerti for free for 3 months using the freetrial promotion code!