9 Social Media Influencers Who Are Killing It On TV

Inc.com just released the list of the top 9 social media influencers who are making big waves on television—and Murray Newlands comes in at number two! Touted for being a leading entrepreneur, digital marketing genius, author, and investor, Newlands ensures a full circle approach to entrepreneurship by giving back to startups. Partnering with John Rampton to found Due.com, Newlands’s guru status began in social media marketing. Most recently, Newlands was featured on Fox40 TV talking about “Mom-trepreneurs,” one of the hottest startup niches around.

Newlands is joined on the Inc. list by Francesca Ramsey, aka Chescaleigh, a vlogger based out of New York City who’s also an actress and writer. Fame found Ramsey with her “S&*t White Girls Say to Black Girls” video, which rapidly went viral. From learning how to build a business to finding fame on television thanks to Youtube, you’ll find inspiration aplenty with these two.

Ready to find out who made the list and how they can help you succeed? 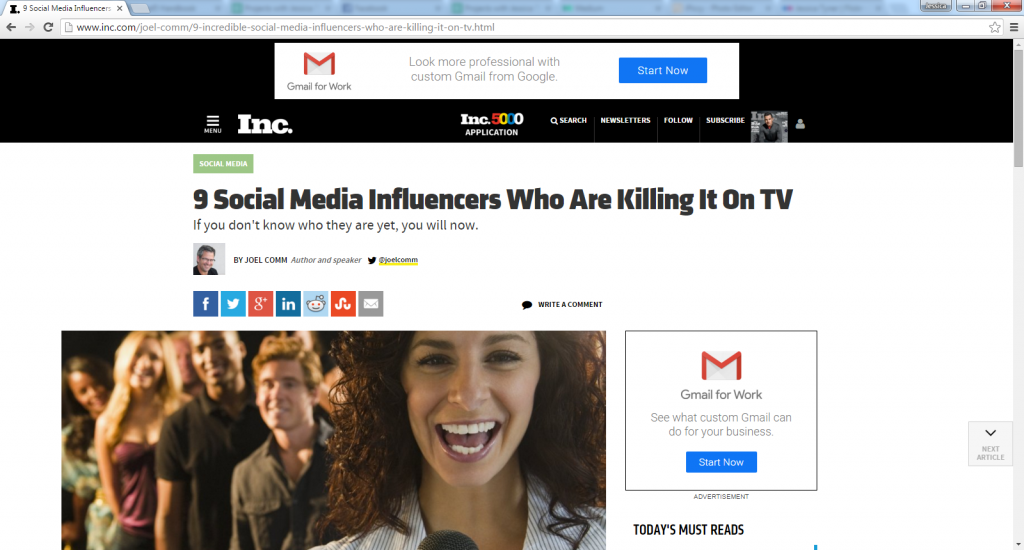